May 11 2022 Posted By Ontario Window Reviews 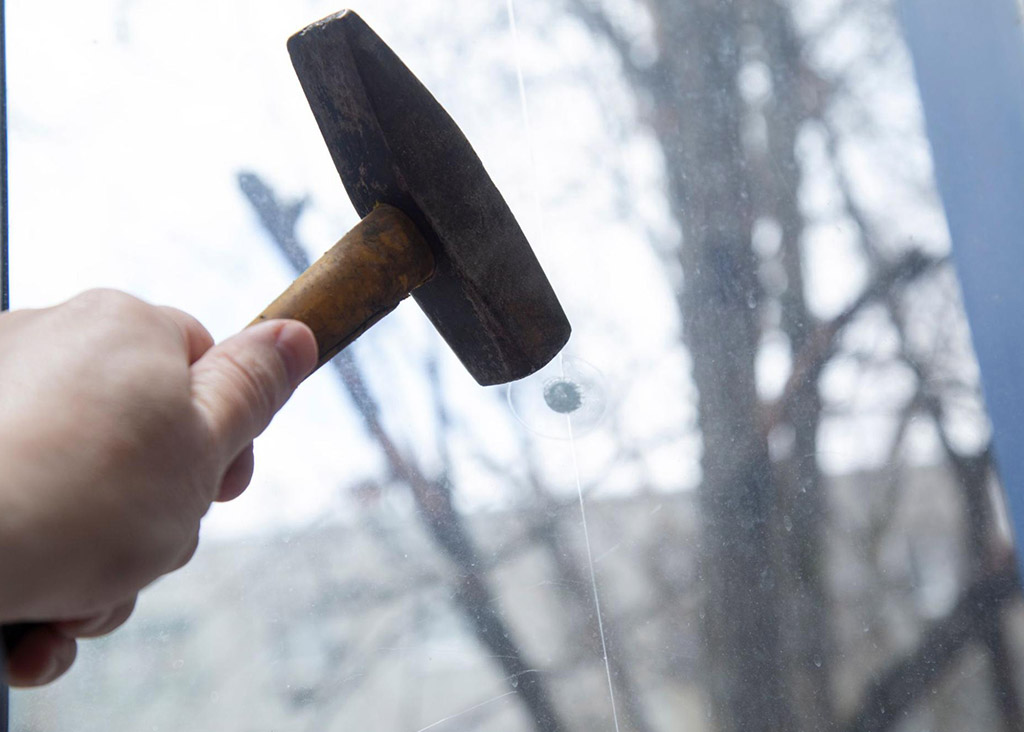 Window security film, also known as security window film, is a sheet made up of layers of polyester that are bound together by adhesives. These types of films come in varying thicknesses. Typically, the thicker the security window film, the more protection it gives. The only exceptions to this rule are films made with nanotechnology, which we will discuss later.

The primary function of a security window film is to protect regular glass from shattering in the following scenarios:

Although window security films won’t keep windows from breaking under intense force, these films can delay or manage the breakage. If you’re looking to get security window films for your home, this guide covers everything you need to know.

Security window films provide added protection for your home by making the glass harder to break. Even in scenarios when glass breaks due to extreme force, the pieces of glass do not fall and scatter immediately. This is because the security window film will hold them in place up until the film itself tears. Below are a few of the scenarios wherein they would be extremely helpful:

In case of a burglary, the perpetrators will be less likely to continue if they see the glass does not yield easily. Even if they continue with the break-in, there is a strong chance they would be spotted while trying to break through the reinforced glass. Even in this worst-case scenario, window security films can buy precious time for homeowners to hide and call the authorities.

Window security films also give protection from flying projectiles and debris—whether it’s a stray football, a branch, and so on. Aside from reinforcing the strength of the glass, the window film will also keep the regular glass from shattering and scattering on the floor. This reduces the likelihood of injuries from shattered glass pieces.

If you’re familiar with laminated glass, you might have read the previous section and noticed some similarities it has with security window films in terms of how they work. Here, we’ll clarify the similarities and differences between the two:

Earlier, we mentioned that window security film is made of layers of polyester (typically polyethylene terephthalate or PET) that are bound together by adhesives. Meanwhile, laminated glass consists of two layers of glass bonded together by a layer of polyvinyl butyral (PVB).

Both polyethylene terephthalate (in window films) and polyvinyl butyral (in laminated glass) are considered strong plastics. Could this mean that window film can make regular glass as strong as laminated glass? There are numerous variables to consider here.

Generally speaking, laminated glass is stronger than regular glass with a window security film. The main reason for this is that laminated glass has tough plastic (PVB) sandwiched between two sheets of glass. Furthermore, the entire assembly is processed with heat to bind and reinforce the glass.

In comparison, when window security film is applied to regular glass, the film is only on the interior side of the glass. Unlike laminated glass, the assembly is not processed or reinforced with heat.

If you would like to learn more about the different kinds of safety glass that you can have in your home, check out our blog: Laminated Glass vs. Tempered Glass: What’s the Difference?

Is Window Security Film the Same as Window Tinting?

Sometimes, the terms “window security film” and “window tint” are used interchangeably. Although some security window films may be tinted, they are not the same as window tinting.

Window tinting alters the appearance or shade of the glass. These window tints can come in various colours. Some types are also mirrored to give complete privacy. The most common application for window tinting is in commercial spaces wherein offices want privacy from the outside. However, window tints can also work for some residential designs.

On the other hand, window security films for houses are usually colourless. Although there are also tinted varieties, transparent window films are the popular choice because many homeowners want a clear view of the outdoors. As we’ve mentioned earlier, these window films are primarily for added security—and some may also give the added benefit of blocking UV rays.

If you’re looking for a window security film that rejects UV rays, this should also be stated in the product details.

When we talk about “regular” window security films, these are the ones that focus solely on providing added security. The thicker these films are, the stronger they tend to be.

As mentioned earlier, tinted security window films are also available. However, when it comes to residential applications, they are not as popular as fully transparent window films.

Can I Install Window Films Myself?

Yes, you can! As mentioned earlier, window films are attached to the interior side of the windows, so there’s no need to work from dangerous heights. Simply follow the manufacturer’s instructions when applying window security film by yourself.

At the end of the day, window security films can only do so much. The security of your home’s windows also depends on the quality of the hardware, the durability of the window’s frame, and even the window’s style.

In some cases, windows can be customized to have laminated glass, which is generally stronger than glass with window film. Furthermore, some manufacturers provide windows with Low-E coatings that shield your home from UV rays.

For optimum home security, talk to a window manufacturer that is tried and tested. Browse through our list of trusted window companies today!